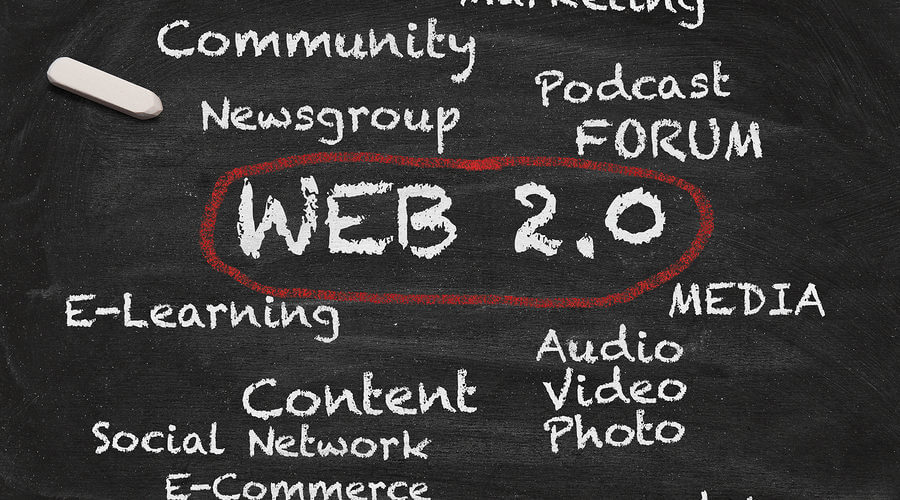 The term “Web 2.0” which referred to interactive websites which were ‘non-static’ as they were previously was first coined in 1999 by Darcy D’Nucci that was published in an article titled “Fragmented Future”, In that article D’Nucci indicates the transition of websites from being static into interactive sites and referred to it as ‘an embryo of the Web to come’.

The Web 2.0 term resurfaced again in 2002 and as Scott Dietzen explained it, “the Web becomes a universal, standards-based integration platform”. By 2004, the term Web 2.0 was a standard term that became a definition when O’Reilly Media and Media Live managed to pull of the Web 2.0 conference for the first time.

Websites were not seen as merely pages and instead regarded them as platforms in their opening remarks, their arguments attested to the fact that this migration is a migration whereby customers play the critical role of building business for the business via their interactive activities on these platforms.

What was transpiring and the evolution of the web which allowed users to generate content whether they were in the form of ideas, text, videos, or pictures was ‘unprecedented’ for the things to come and was a catalyst of IoT (Internet of Things). What they pushed forward was the fact that the level of interactions could be “harnessed” in order to create value for the business in more ways than one.

Although Web 2.0 brought with it much functionality, it also brought with it a lot of ‘breach’ whereby it allowed corporations to ‘mine personal data’ which did not bode well withj the users of the World Wide Web as soon as they realised.

Behind it all was Netscape that was particularly focusing on creating software and releasing updates and finally distributing it to surfers during a time when Google was focused on providing services based on data that it indexes.

This gave rise to the elements of “PageRank” algorithms that needed constant updating unlike software which had prescheduled release dates. This process was referred to as “the perpetual beta”. To make this more understandable, a similar difference may be noted between Encyclopaedia Britannica and Wikipedia.

Meaning, that while one relies on experts and professionals within a given field, the other allows just about anyone to write articles and edit content and publish. In other words Wikipedia did not require editors to have certified knowledge or educational background on the subject matter and thus regarded as ‘open source’ which simply means ‘it’s free’.

Currently the world is bracing itself for web 3.0 as its first glimmer begins to appear on the horizon with some sites already taking on the lead positions. The IoT or the Internet of Things has started to make its transition to this new era and how it would fully ‘play out’ is yet to be seen.

Web 3.0 is expected to provide freedom while simultaneously a level of sacrifice would be required from web users to divulge a certain amount of personal information which creates a paradox that will hang on a balance between authorities and these private entities.

The arrival of the block-chain has given users a glimmer of hope that with Web 3.0 the rights of data will be eventually returned to the rightful owners.