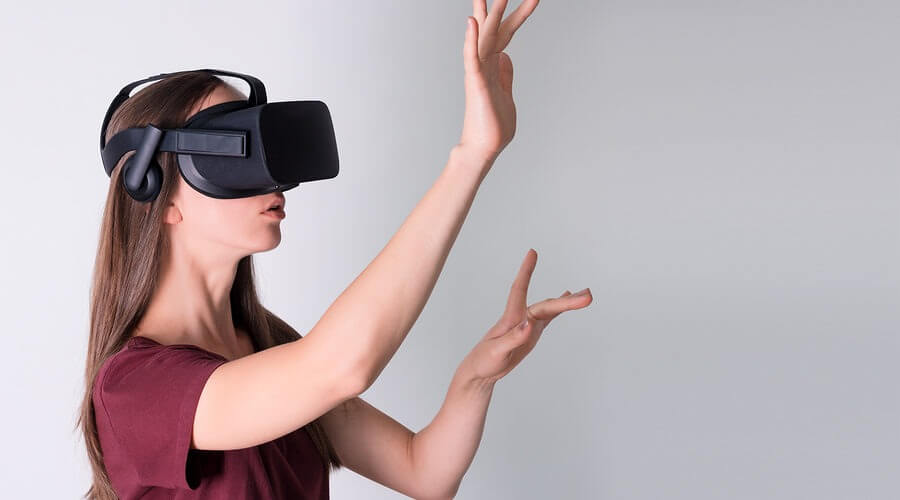 VR Technology and the Future of Web Development

VR technology at present commonly involves using virtual reality headsets that allow the projection of multiple and various environments (physical environments or props) that mindfully generate images, sounds and other sensations that make users feel that they are physical present in an imaginary environment.

This technology has transcended and revolutionary gadgets and programming codes have brought this technology to a point that it has the potential to revolutionise how web surfers will use the web in future. In other words, the progress that VR tech has made over the last decade will practically allow people to experience VR via web browsers.

Many large MNCs have already taken the first steps towards using Web-VR app as it is currently known as in a bid to be the ‘first movers’ in the scene. Despite the fact that the technological constructs of VR is still very much in its infancy as a technology, these MNCs are already looking at the shape of things to come and some of them include none other than Google, Facebook, Ikea and Microsoft.

These companies have invested heavily on the development of VR objectively with the sole aim of enhancing the experiences of their customers and looking at how things are rolling, the time before both hardware and software become available is not too far off for mainstream use. Currently VR is a critical element in gaming and marketing apart from other smaller factions such as education using VR (real-life applications), but the rapid evolution of VR could change how people will use the web entirely.

The primary agenda of VR has always been founded on making things more effective and efficient and in the current era of a visually-inclined world, businesses are seeing the potential of VR towards packaging goods and services in the most efficient manner possible. In order to make virtual reality based websites a possibility surfers/ customers will only be needing and app and of course a VR headset.

This will allow customers to experience products and stroll about the virtual environments that are rendered for them as IKEA has currently done. Audi has used VR to promote their products with minimal risk via their ‘try-before-you-buy’ concept and many other automobile manufacturers are following suit due to their realisation that VR has the potential to bring sales presentations to an even higher level. Even the medical community has not left out the possibility of using VR on their sites as proven by Kind-VR that has managed to come up with a VR app that is designed to assist patients to cope with pain and stress via their sites.

The mechanics behind Kind-VR involves transporting patients into a virtual environment that basically distracts their mind from pain or stress and renders them in an environment that enhances the production of hormones such as dopamine. The reason behind large companies pursuing VR based offerings which is expected to surpass the 40 Billion dollar benchmark by 2020 is not a wild goose chase as the projected economic impact of VR based offerings to businesses globally is projected to exceed $15 billion at the end of 2019 and is expected to double by 2020.

Virtual Reality is expected to fill the gap between the experience of shopping in a brick and mortar store e-commerce browsing and VR based websites would simply mean that users will have no need to download 3rd party apps to experience VR on browsers which creates new opportunities for not just the marketers, but also the consumers. There is no doubt that the future of the website development will be in VR format at the click of the mouse.