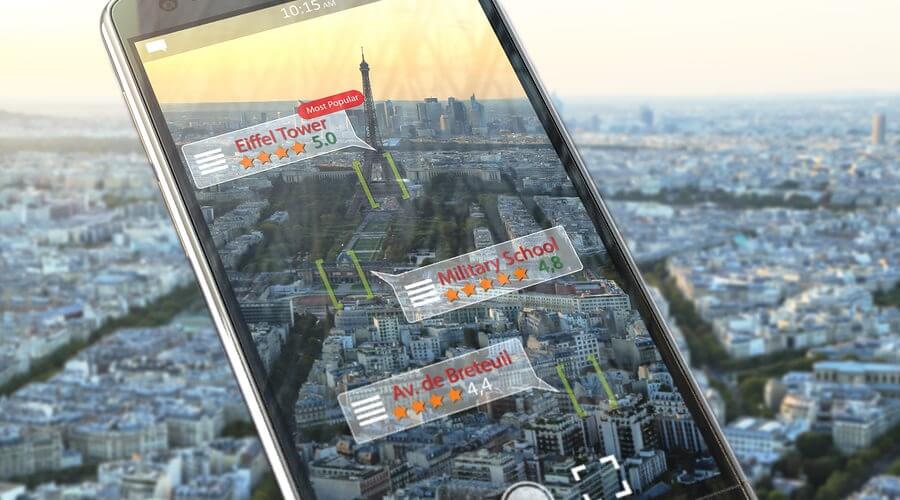 Augmented reality in essence is the composite result of applying technology to superimpose data that is in the form of images, sound or text such as the ‘tech’ we witness when Tony Stark (Ironman) interacts with Jarvis, his A.I computer system.

These days AR is more often than not presented as a technology of the future despite the fact that the tech has existed for a number of years in the heads-up displays of jet-fighters which used the technology as far back as the 90s. The simplest form of AR can be seen as a component (filters) in apps such as snap-chat, tagged and more recently Facebook where users are able to add additional layers to the ‘real image’ of themselves in selfies with their front-facing cameras (i.e. rabbit ears or nose is added to the face of the user in the selfies).

The fact that AR has progressed from being nothing more than a science-fiction element used sparsely for specific application to something that is being used on a daily basis across the globe by billions in its simplest sense. Now, developers are looking at AR and its potential to transform entire industries across the board by applying to websites in the coming years, simply because AR has become not just become more accessible, but it is also currently more affordable than it ever was before.

AR applications are currently available on a variety of gadgets which include tablets, smartphones, iPhones apart from the usual laptops and desktops. Both AR and VR have risen to the occasion as technology advances by the minute due to their boundless implications that creative people and web designers see across the vertical horizons of businesses.

The advantages brought forth by AR will be able to provide a different user experience if it is to be coupled with web development in a variety of ways. Augmented Reality in Web Design is something that will be very possible over the next 5 years compared to wearable technologies as augmented reality has started to optimize the experiences of users not just on desktops but also on mobile phones and other handheld devices which has cameras attached to them.

The rise in utilising AR in recent years is mainly attributed to the advantages that mobile phones provide as they come with high resolution cameras which encourage users to engage product and services via AR based apps. Examples of AR use include retail outlets that provide a virtual dressing room and consumers are able to select different outfits and try them on simply by pointing their smartphone at themselves after selecting an outfit.

AR applications are currently available for web design thanks to the development of plugins which include Word-Press VR which allows web designers to upload complete video-sets to their sites. As augmented reality becomes readily available there is no doubt that web designers will eventually optimise the technology for UIs which will significantly enhance the experiences of users whilst browsing.

The biggest shift that is currently being observed in the industry is web design is increasingly moving towards mobile and the transition towards more interactive sites from static websites where information remains the same. AR will provide the platform for the growth of dynamic websites where constant changes are possible as information presented on the website is dependent or determined by the user.

Users will have more opportunities to interact with their web environment via AR as users will be able to access information all around them at will.